He coaches football. She teaches dance. Barbie and Joel are an adorable couple who met at Western Oregon University in Monmouth. He asked her to marry him underneath the gigantic Christmas tree on campus last year. She said yes. They are getting married almost exactly a year later - on 12/18/11 - and I can’t wait to shoot their wedding! For their engagement photos, we met in Monmouth to take photos at Western where they met and got engaged. Unfortunately for us, it was misting on the only morning that we both had available, so we had to work around it. But Barbie and Joel were terrific sports and just seemed happy to be hanging out with each other, ignoring the wet, gray skies and having a playful time together. When we were done shooting on campus we even stopped by Joel’s neighborhood to take a few pictures of Barbie riding a bike. Why, you ask? Because Joel taught her. Somehow she never learned as a kid, so he stepped in, haha. Let’s just say she is still a little shaky riding… but it was hilarious capturing them laughing together as she attempted it anyway 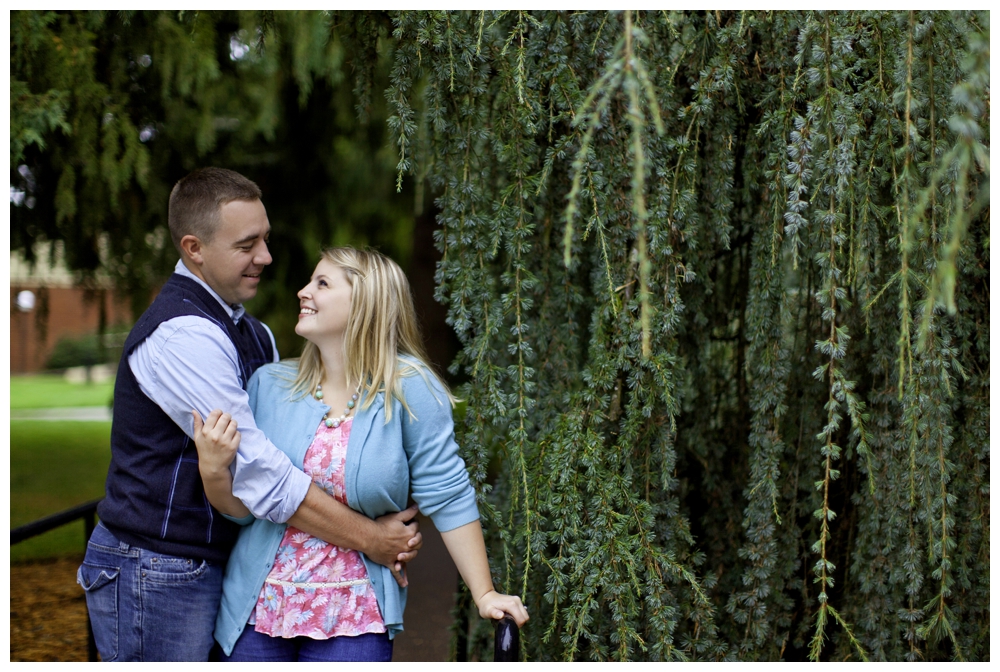 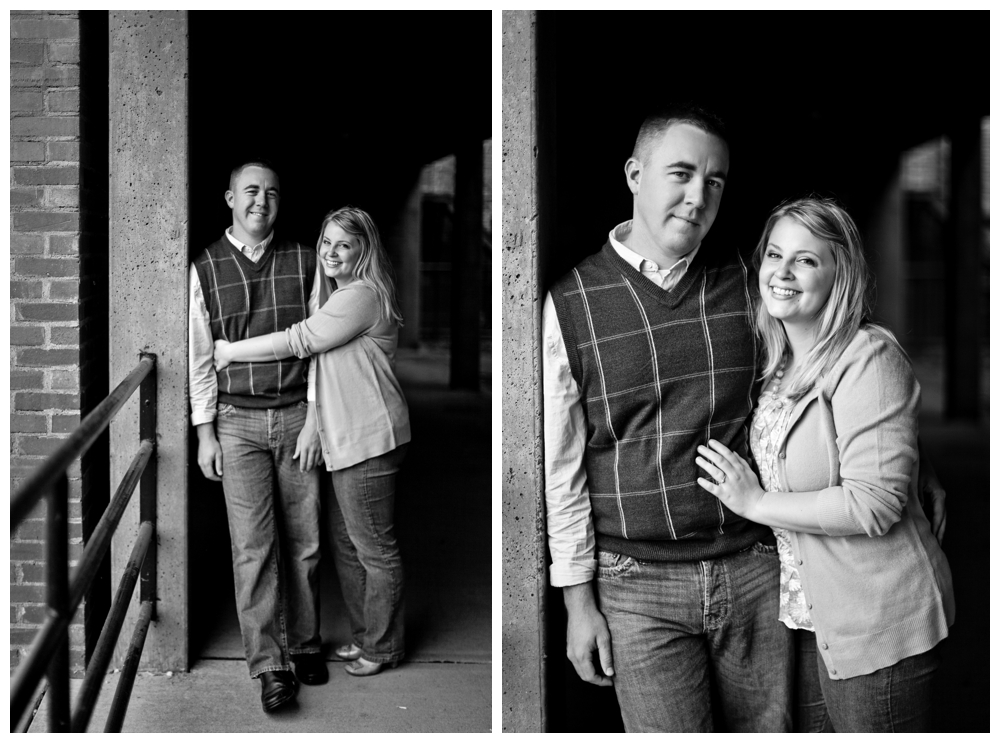 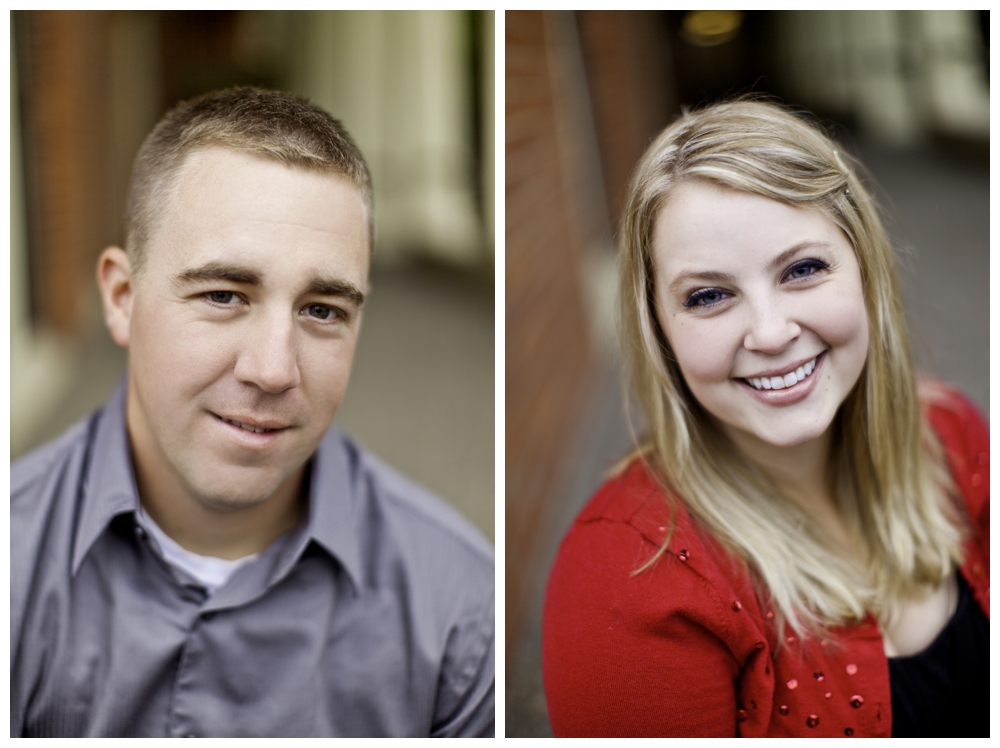 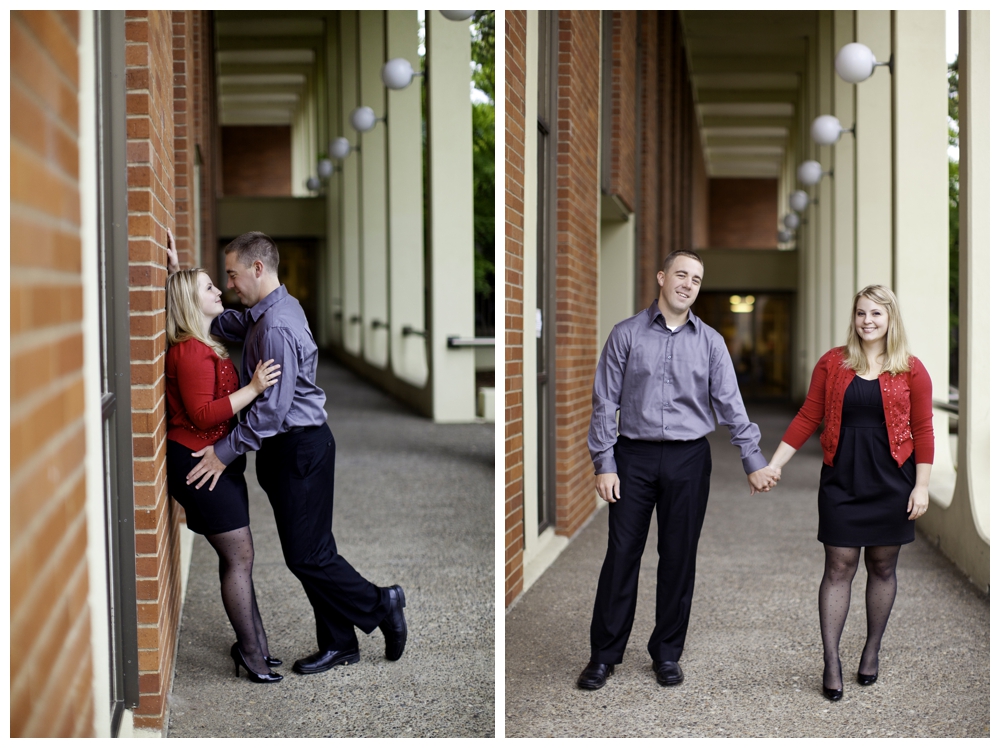 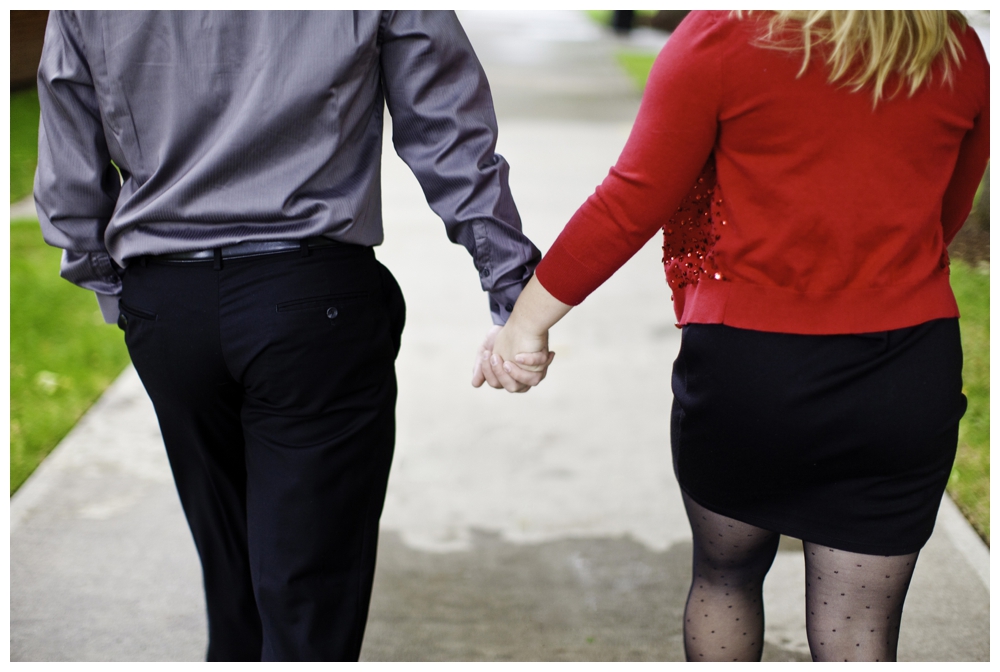 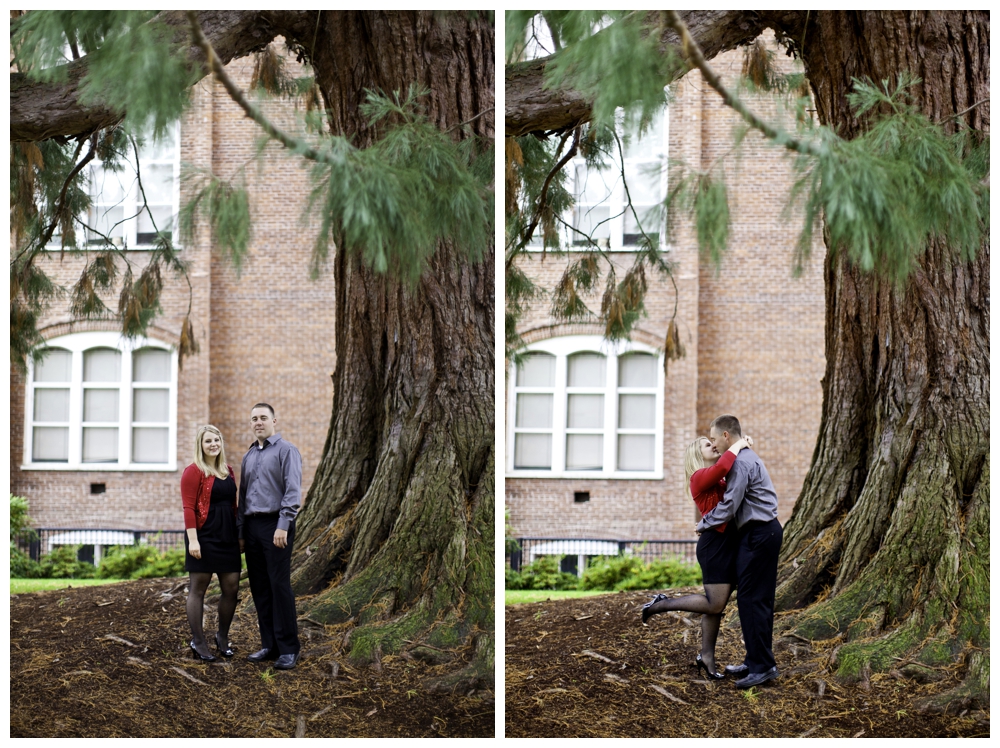 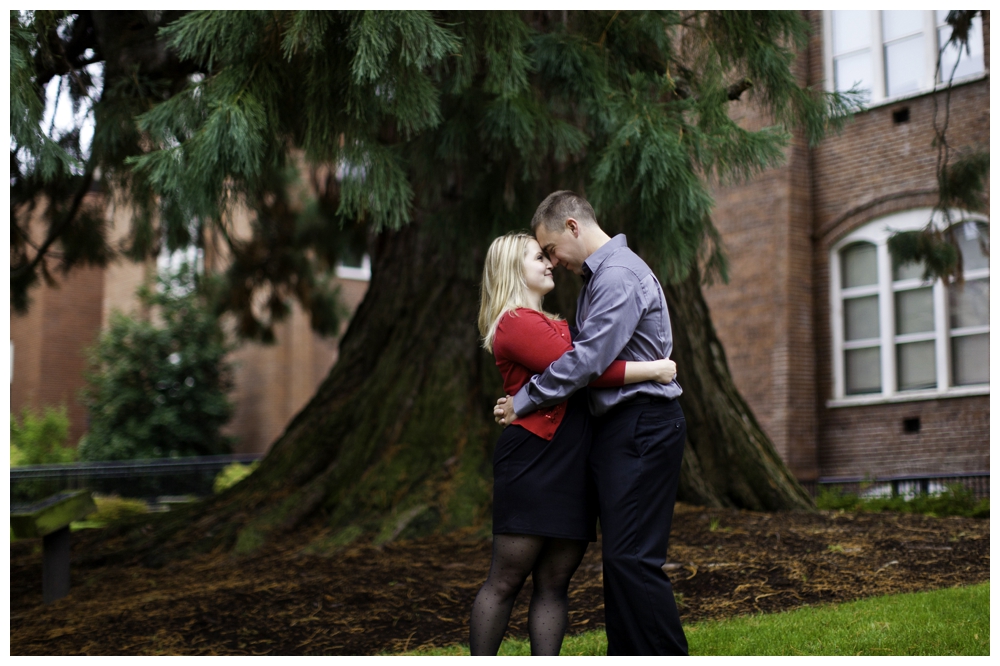 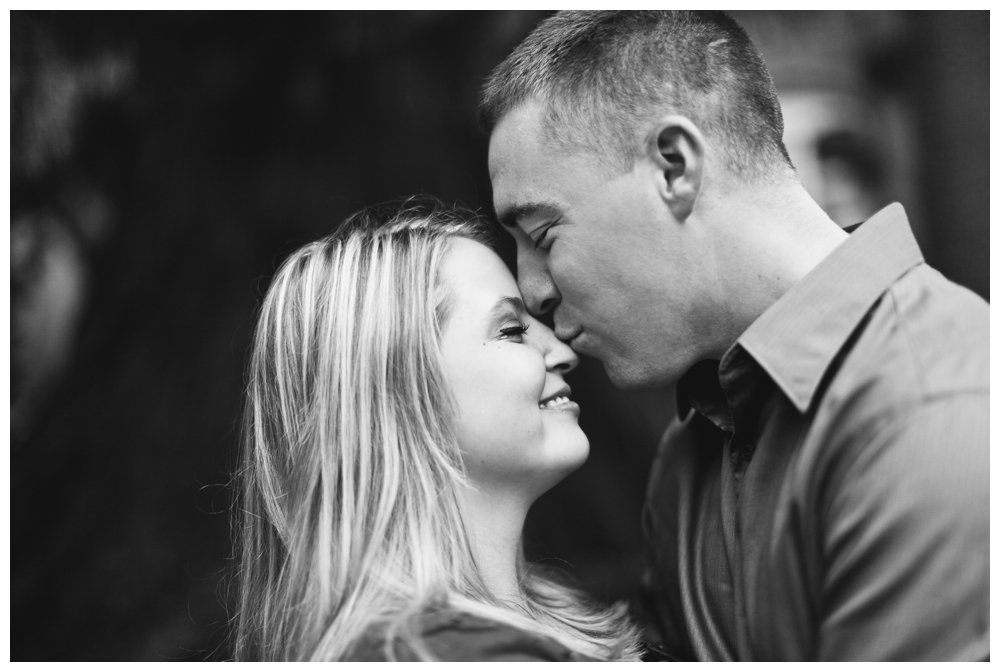 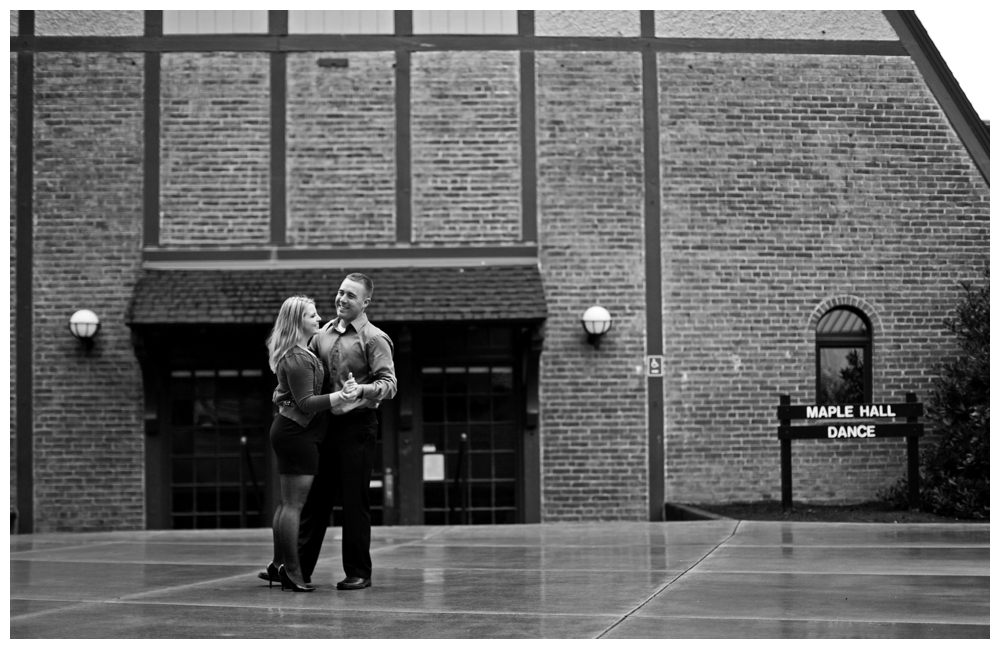 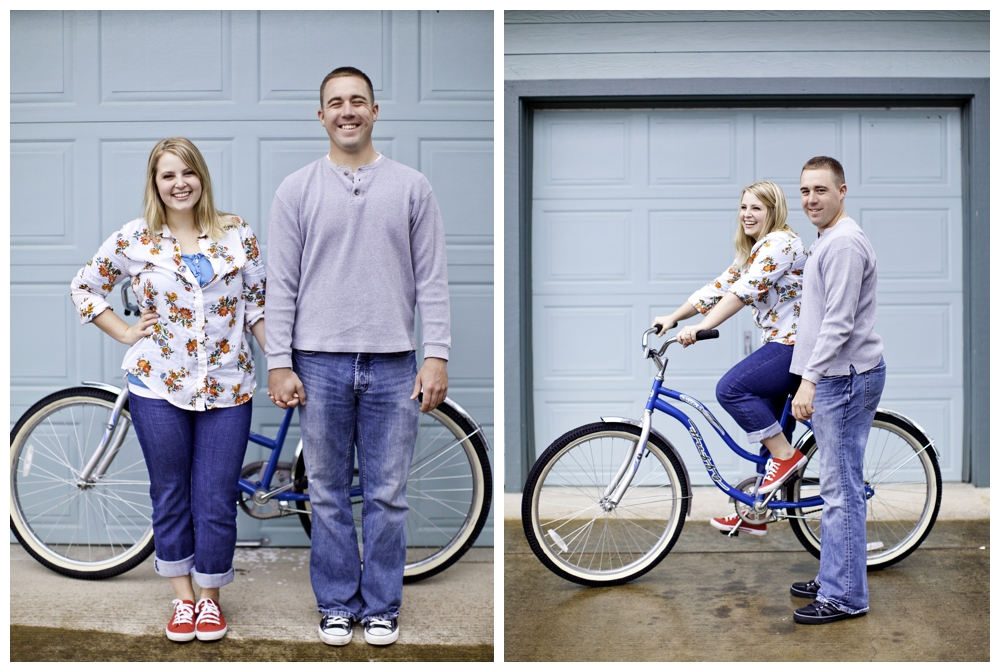 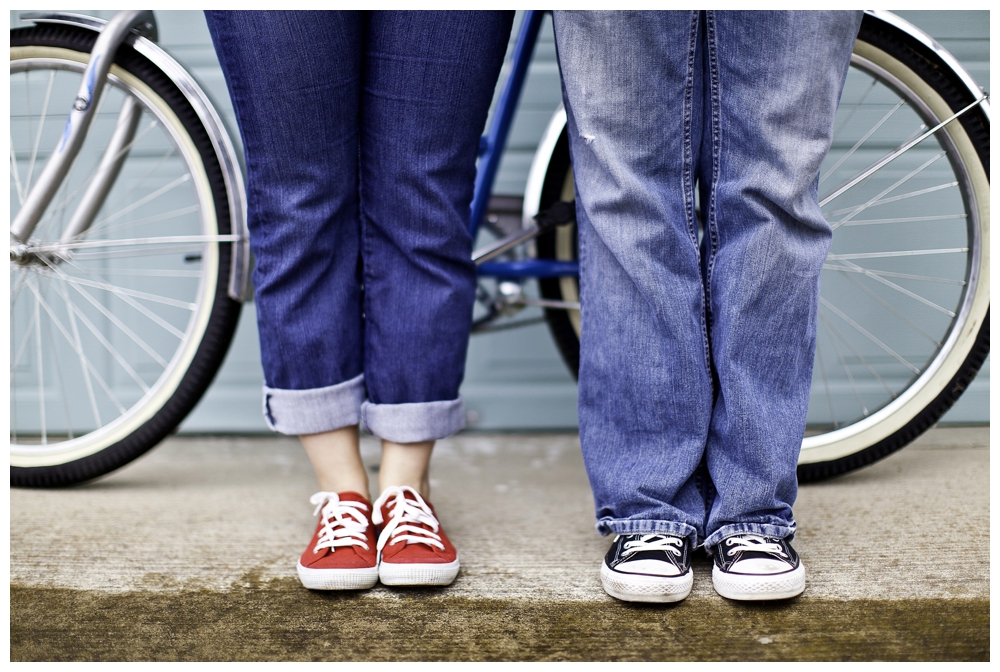 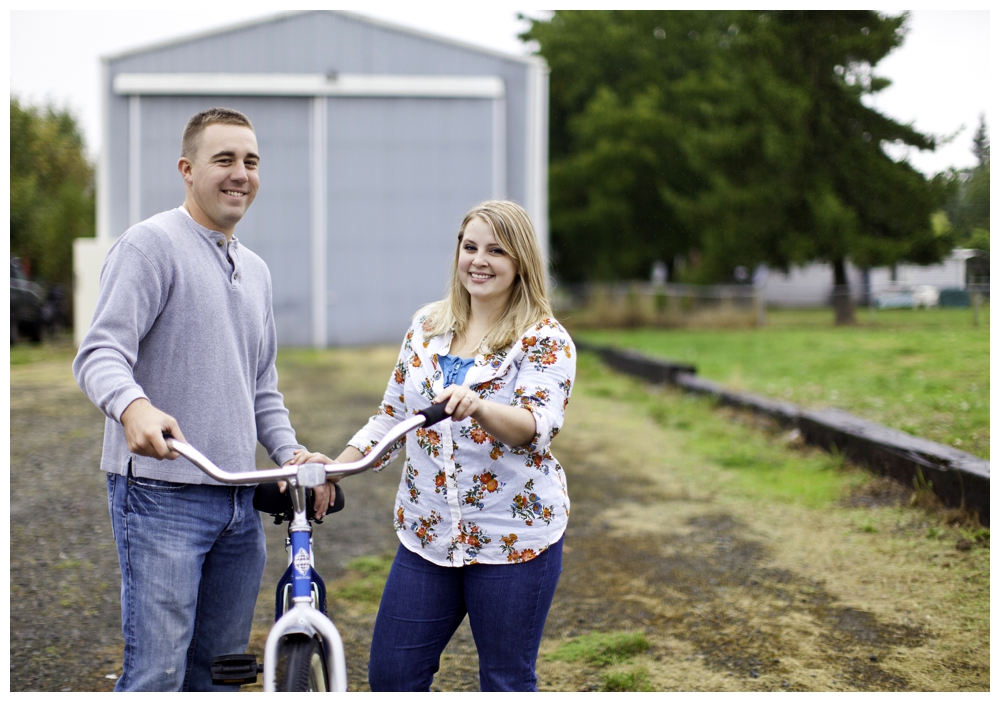 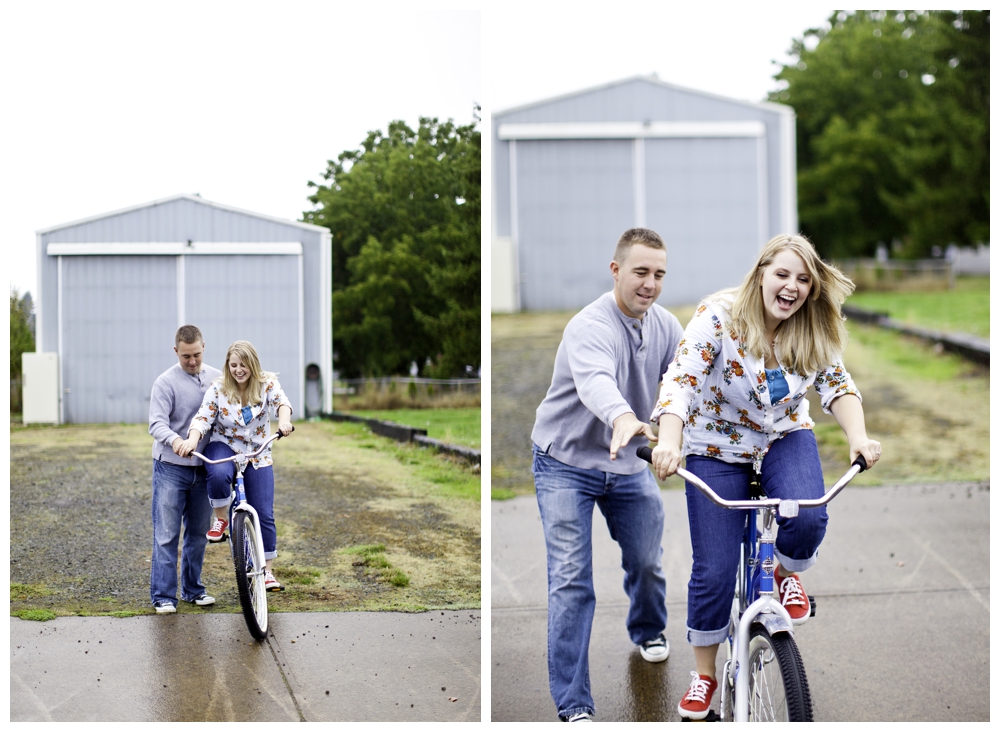 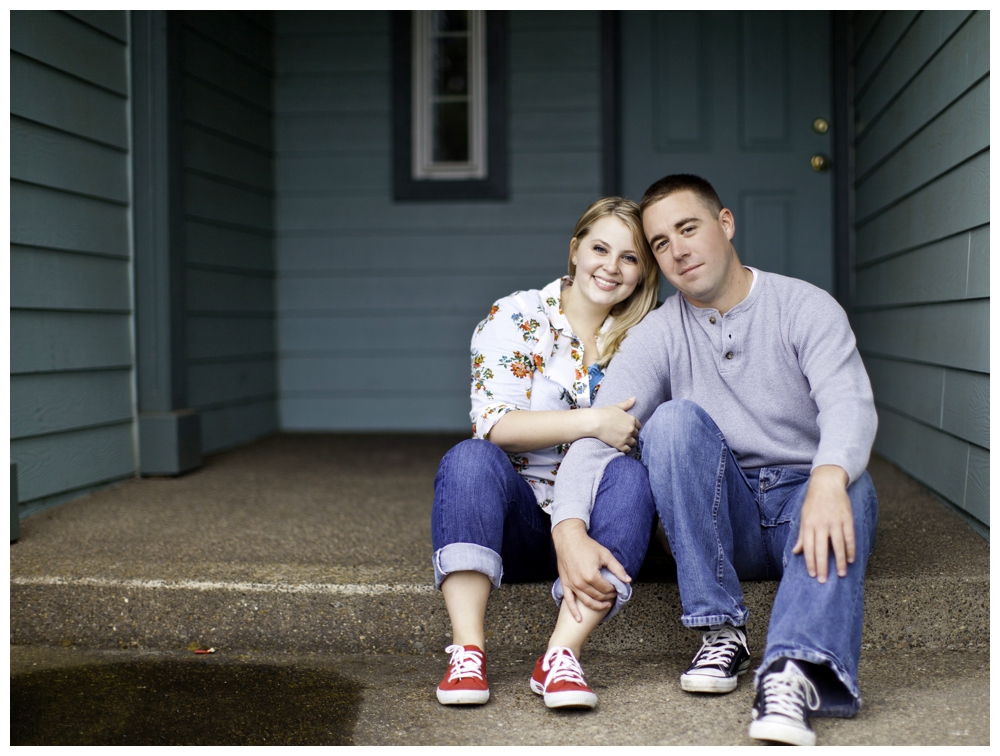 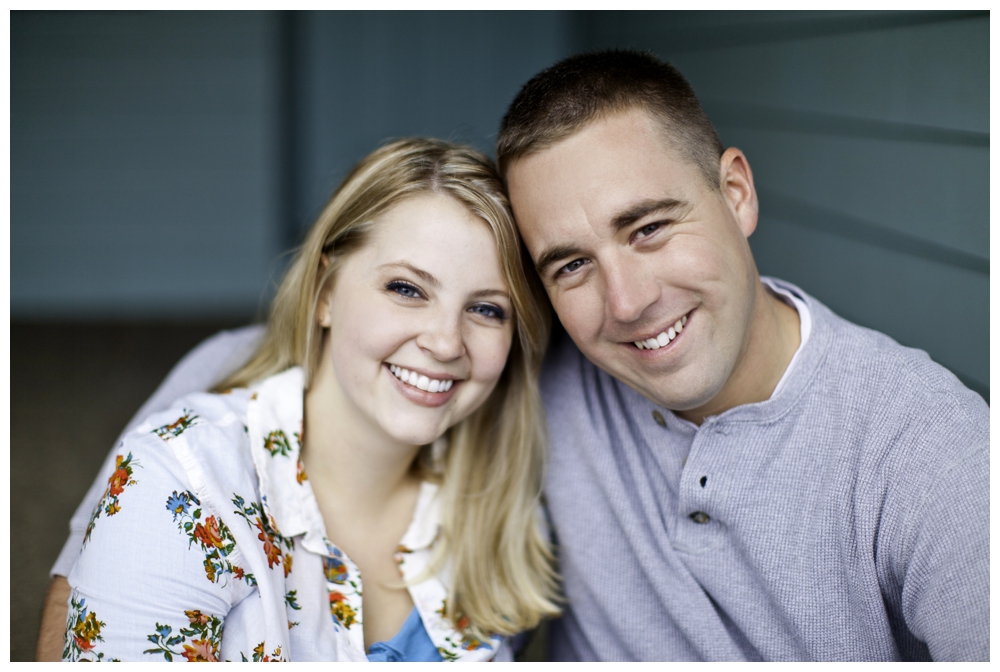